Tsukioka Yoshitoshi -Blood and the Bewitching 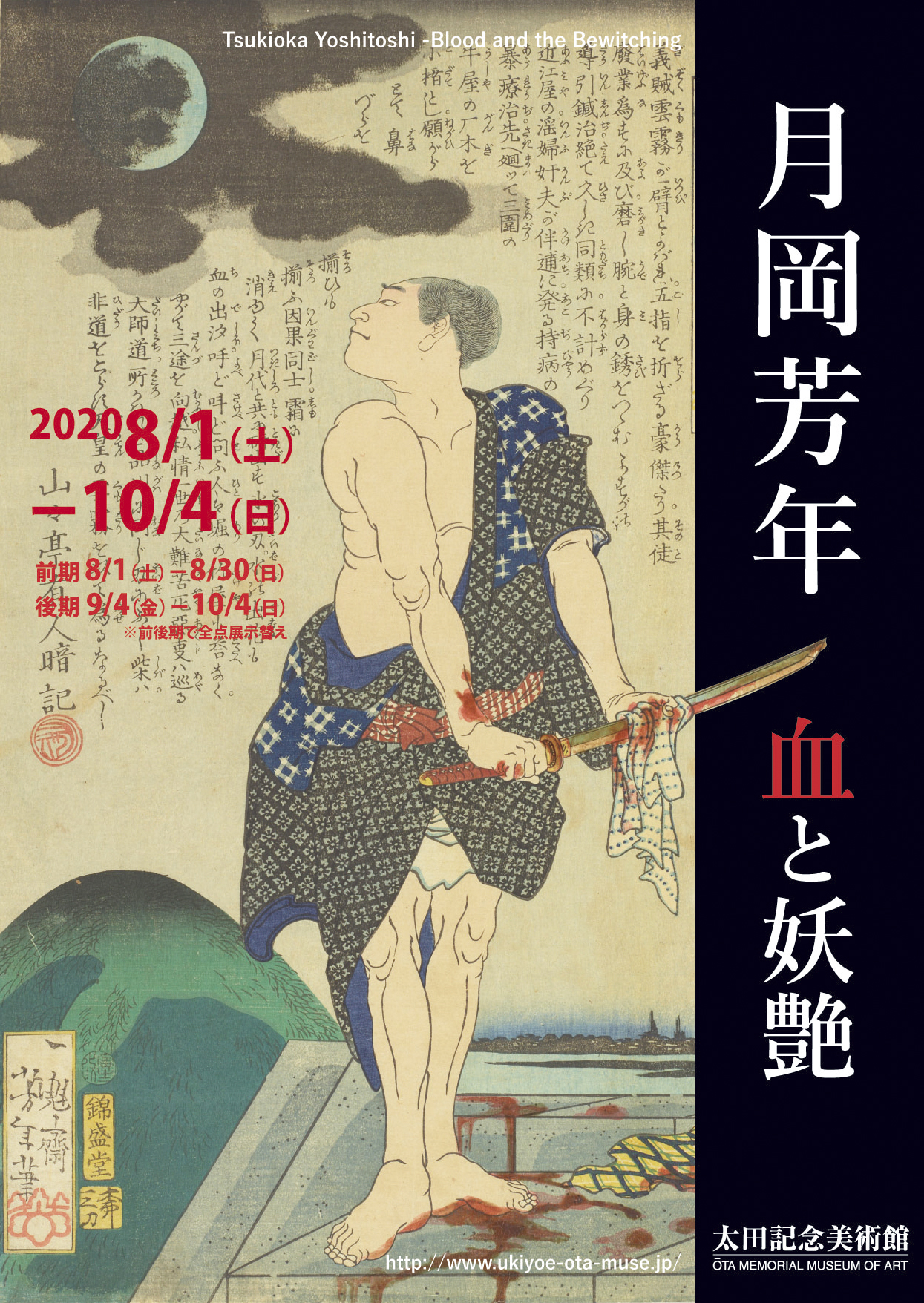 “Blood,” “Bewitching” and “Darkness.” Three Themes to Bring Out the Charm of Tsukioka Yoshitoshi

Tsukioka Yoshitoshi (1839-1892) was an ukiyo-e artist who was active from the end of the Edo period to the early Meiji Era. Although he became very popular back then, his dynamic composition and sharp brushwork are absolutely timeless to even our eyes today. This exhibition will dig deep into the allure of Tsukioka Yoshitoshi with three ominous keywords: “blood,” “bewitching” and “darkness.” About 150 works will be on display in total, and we will swap out all the works between the first and second terms. 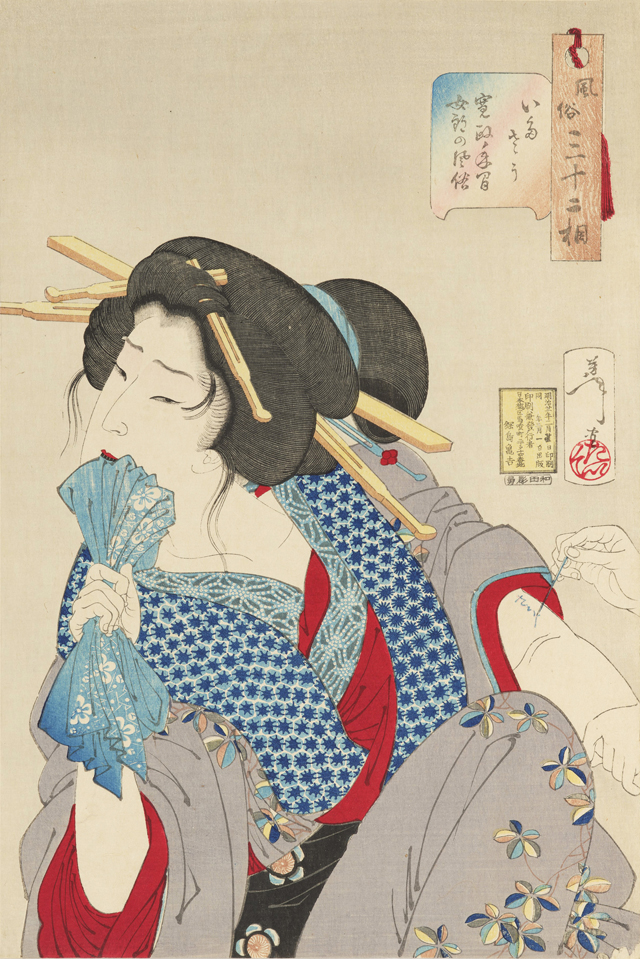 Tsukioka Yoshitoshi “Thirty-two Aspects of Women: Looking in Pain, the Appearance of a Prostitute of the Kansei Era (1789-1801)”（1st term） 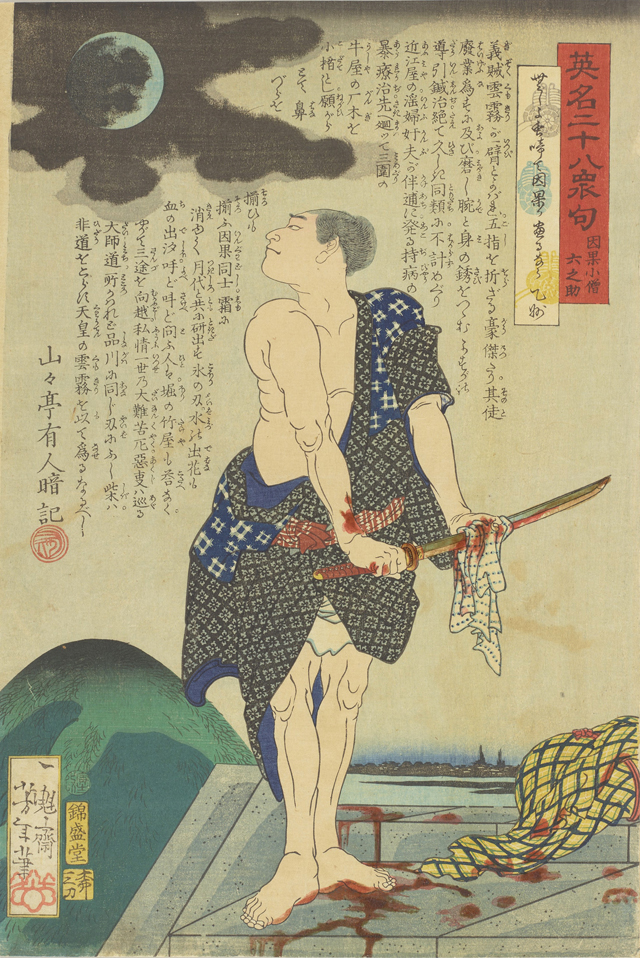 Tsukioka Yoshitoshi had worked on the genre commonly called chimidoro-e (“bloody pictures”), depicting cruel scenes of killings and dead bodies. His ominous expression of sensationally depicting splattered blood is known to have attracted literary figures such as Edogawa Ranpo and Mishima Yukio, who were active during the Taishō and Shōwa Eras. In addition to all 14 pieces of his representative work “Twenty-eight Famous Murders with Verse”, we will introduce other cruel works drawn by Yoshitoshi, such as “Tales of the Floating World” and “Yoshitoshi’s Selection of One Hundred Warriors”. 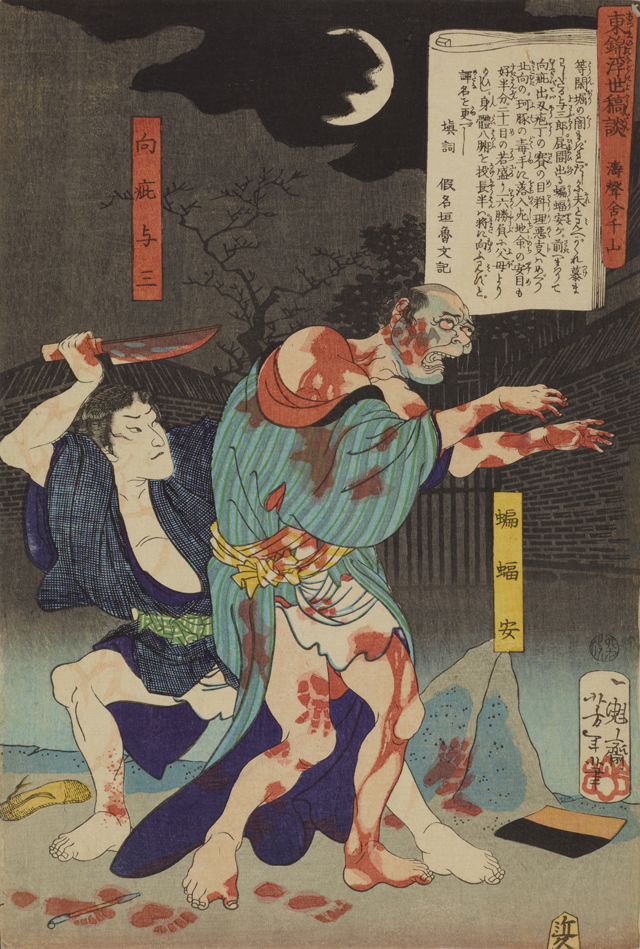 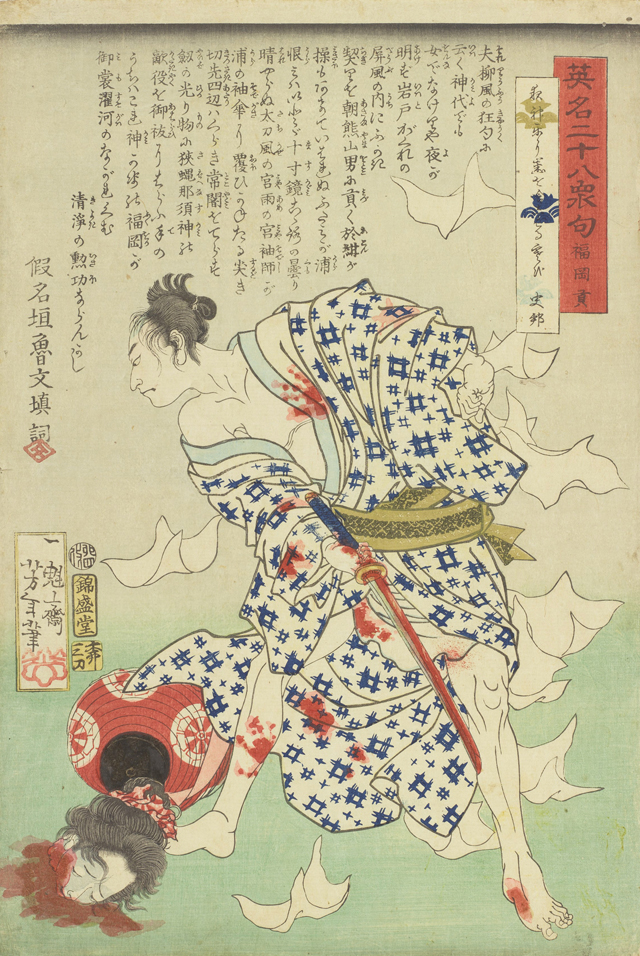 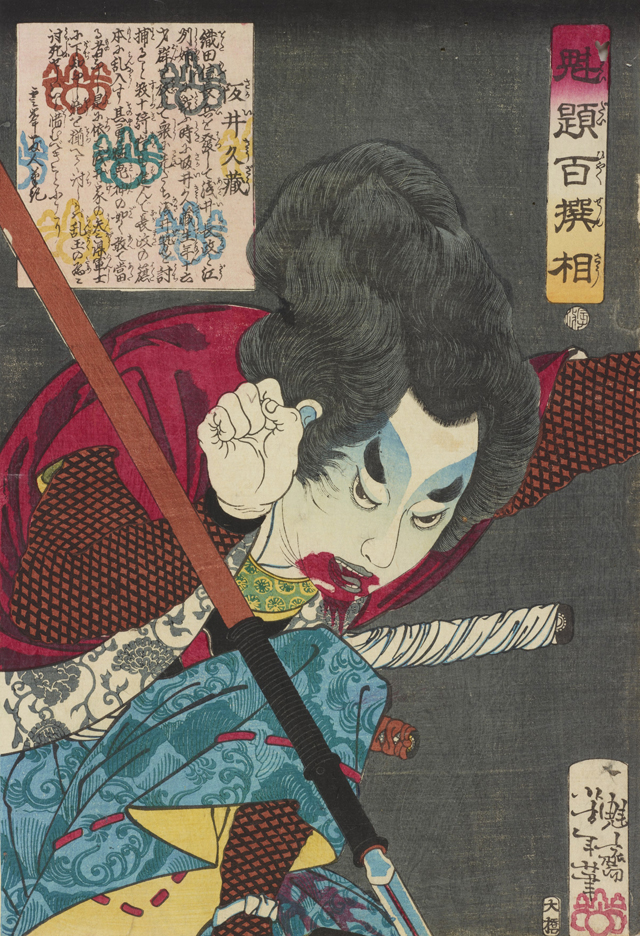 Tsukioka Yoshitoshi’s bijin-ga feature not only women who are simply beautiful in appearance, but also have inner charm with a faintly mysterious atmosphere. Furthermore, his works set at night are full of a tense air and the uncanny presence of specters and ghosts. We will introduce the eerie allure of Yoshitoshi through various works, such as his representative series of bijin-ga “Thirty-two Aspects of Women” and “One Hundred Views of the Moon”, which depict the history of and stories about the moon, as well as the “One Hundred Ghost Stories of China and Japan” and “New Forms of Thirty-six Ghosts” series based on specters. 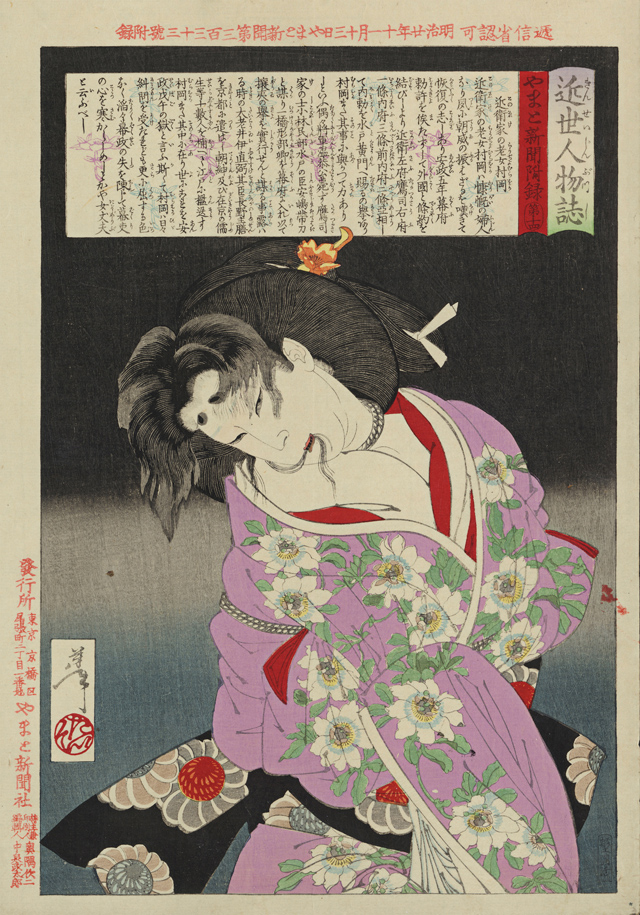 Tsukioka Yoshitoshi “Thirty-two Aspects of Women: Looking Hot, the Appearance of a Housewife in the Bunsei Era (1818-1830)” (2nd term) 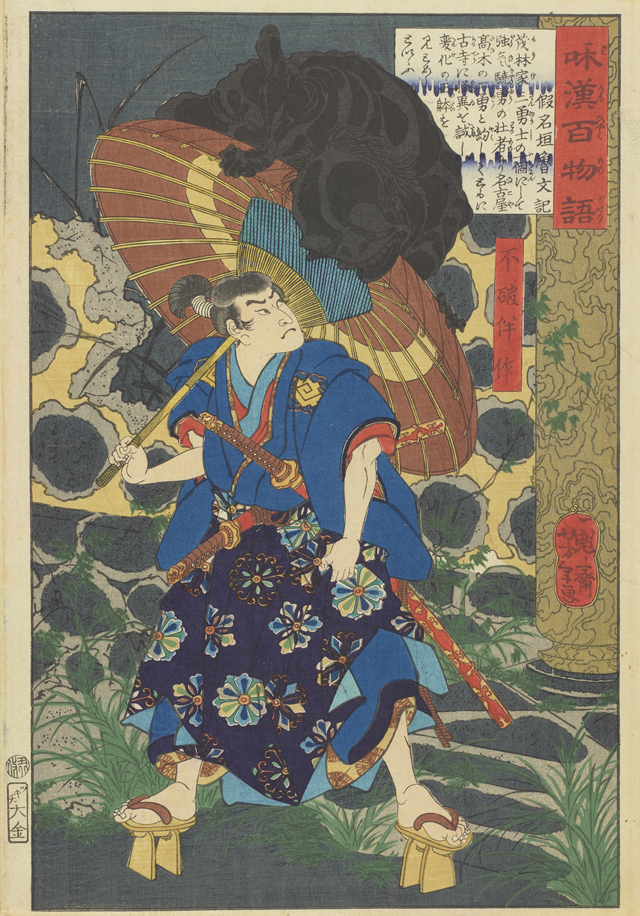 Tsukioka Yoshitoshi “One Hundred Views of the Moon: Cry of the Fox” (2nd term)

The Cruelest Work in Ukiyo-e History

When it comes to the cruelest work in ukiyo-e history, this may be the one. A pregnant woman bound with rope is hung upside down from the ceiling. She is gagged and has already passed out. An old woman is thoroughly sharpening a knife with which to cut the pregnant woman’s abdomen. Although there is no blood depicted in this picture, the graphic depiction of the pregnant woman’s painful appearance makes us feel its cruelty more strongly than chimidoro-e with a lot of splattered blood.