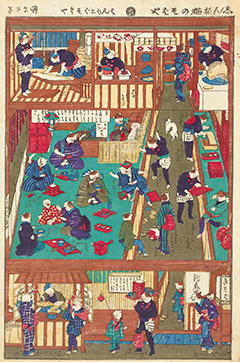 The return of “Animals in Ukiyo-e”  ～From cat to dragon

From pets such as cats and goldfish to personified octopuses and foxes to mystical dragons and kappa (water sprite). The exhibition “Animals in Ukiyo-e”, which introduced various animals depicted in ukiyo-e and enjoyed popularity in 2010, has come back with an even more powerful collection. Twice as many pieces, approximately 160 in total, will be exhibited. Both those who did visited the last exhibition and those who did not are sure to find your favorite ukiyo-e animal. Please enjoy the cute animals in the museum in this season of new life. 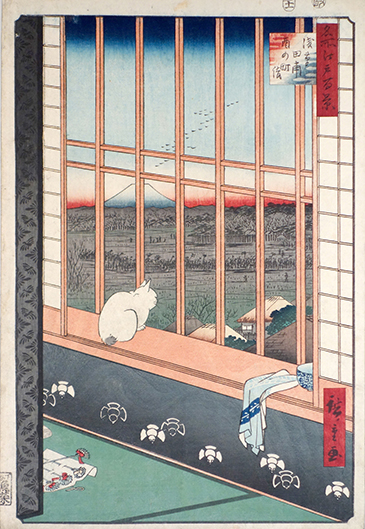 Not only Kuniyoshi! Let’s compare the masters’ animals

When we think about animals in ukiyo-e, many people may think of the pictures of cute cats by Kuniyoshi. However Kuniyoshi was not the only one good at depicting animals. In this exhibition, works of famous artists such as Suzuki Harunobu, Katsushika Hokusai, Utagawa Hiroshige, Tsukioka Yoshitoshi and Kawanabe Kyōsai will appear. It is worth looking at how each artist characterizes his animals. 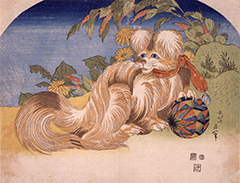 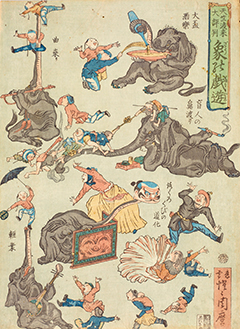 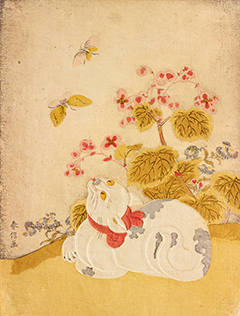 Suzuki Harunobu  “Cat and Butterflies” (Exhibited in the 1st term)

From the national treasure “Chōjū-giga” (12c~13c) to Disney movies, personified animals have been loved for a long time. In ukiyo-e, octopuses dance, birds show performances, and cats enjoy eating Japanese noodles. Others are very busy fighting or taking Sumō wrestling. It is one of the highlights of this exhibition to see the figures of familiar animals acting just like the people of Edo. 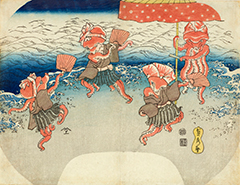 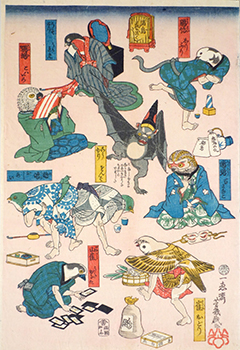 Ochiai Yoshiiku “Performances of Birds” (Exhibited in the 1st term)

Like the “Twelve Animals of the Zodiac Fused to Form one Animal”, imaginary animals were often the subject of ukiyo-e paintings. On the other hand, pictures depicting elephants and leopards, which were imported from overseas for shows, garnered popularity as well. Some pictures depict rare creatures in detail like illustrations from encyclopedias. Artists fully used their imaginations and obserant eye to depict the strangest of animals. 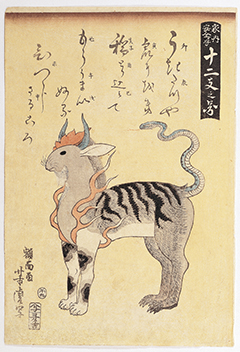 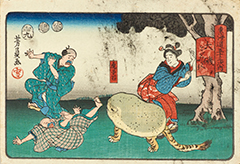 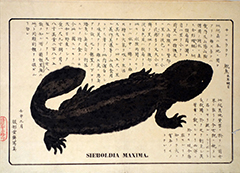 In the Edo period, people used the Zodiac to express the dates, time and directions, and used cows and horses as a crucial working force. Many kinds of animals besides pets blended well into human’s daily life. Some of them can even be seen in patterns of Kimono. These works shows us the fact that the relationship between humans and animals were much closer than today. 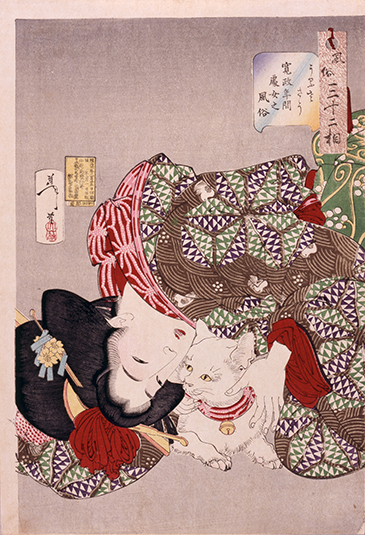 Thirty-two Aspects of Women : Looking Troublesome, Mannerisms of a Girl of the Kansei Period (Exhibited in the 1st term) 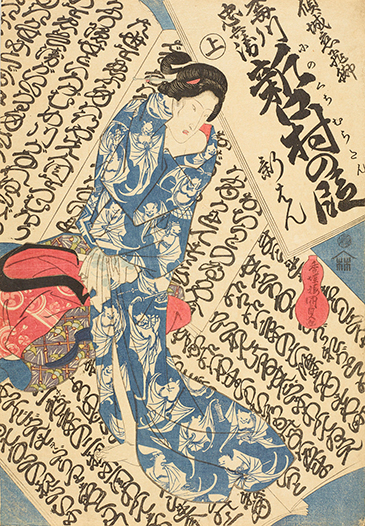 (Exhibited in the 1st term) 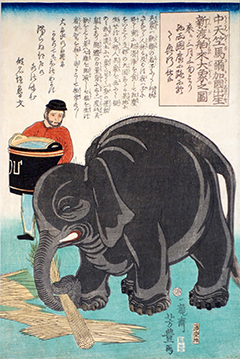 The elephants the star of the zoo, liked by everyone from children to adults. However, in the Edo period, it was one of the strangest animals that people could never find in Japan. The elephant in this picture came to Yokohama from Malacca on an American ship in 1862, and this picture was created at its showing in Ryōgoku the following year. Surprisingly, this elephant went on a provincial tour all over Japan that took more than 10 years. Although its charming figure skillfully using its long nose is familiar to us today, the sentence in the picture tells us that it was publicized as a fortunate animal that brought good luck to those who set eyes on it. We can feel how differently the people of Edo conceived elephants compared to people of today.